﻿
﻿
Last weekend Alex and I spent the afternoon visiting the Abbeydale Industrial Hamlet in Sheffield. It's an open museum of the old steel workers cottages and workshops and dates back to the 13th century. It used to be a scythe making plant which acquired it's power from it's water wheel. The steel works itself dates back to the 19th century. The rooms are set out as they would have been back then and everything is as authentic as possible. What's really nice is that there are a lot of things like quilts and rugs that have been replicated by the Hamlet Haberdashers who I'm assuming are a group of sweet little old ladies working away!﻿
﻿ 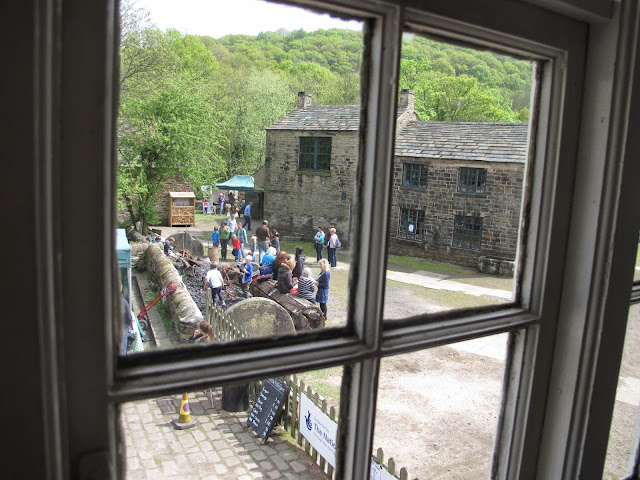 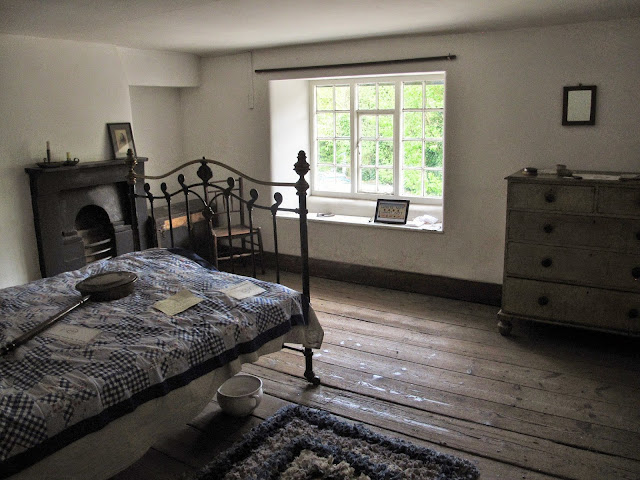 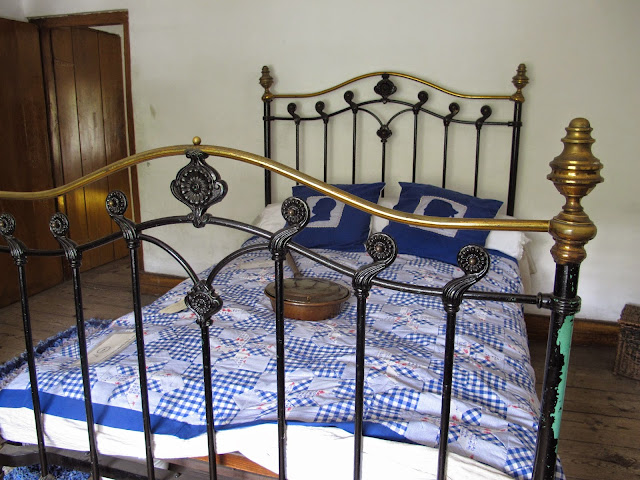 I absolutely love this bed!
﻿
﻿ 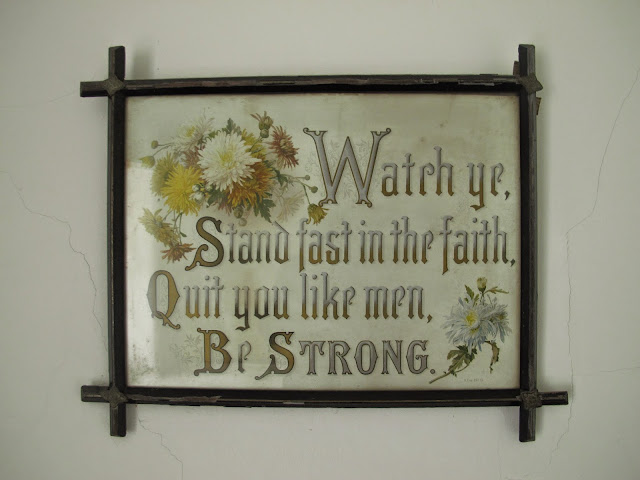 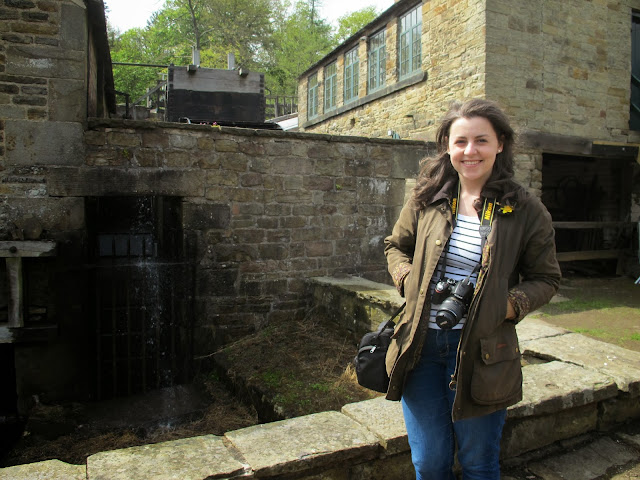 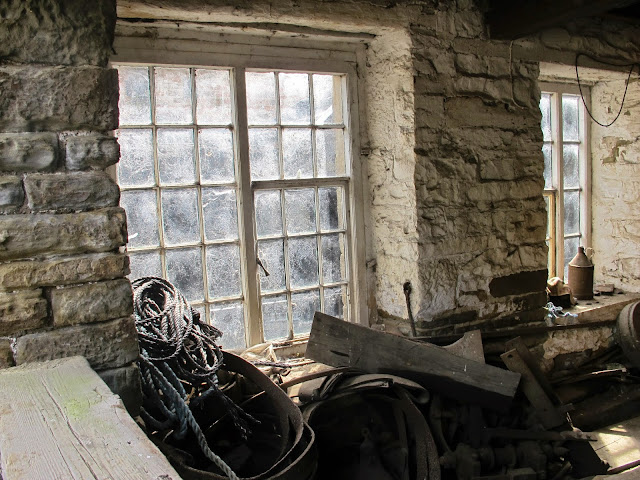 There were a few staff members walking around in costume and worse still in character. A very stately looking man with top hat and cane accosted us at one point and asked if our husbands were looking for work and then proceeded to guffaw at the idea of women voting. We didn't get many photo's of that room as we were too busy laughing politely through gritted teeth and shuffling towards the door.

There were however other folk there too, some real men's men with dirty clothes and beards wielding hot iron who we didn't mind getting nearer to, seeing as there was also a blacksmith fair going on!
﻿
﻿ 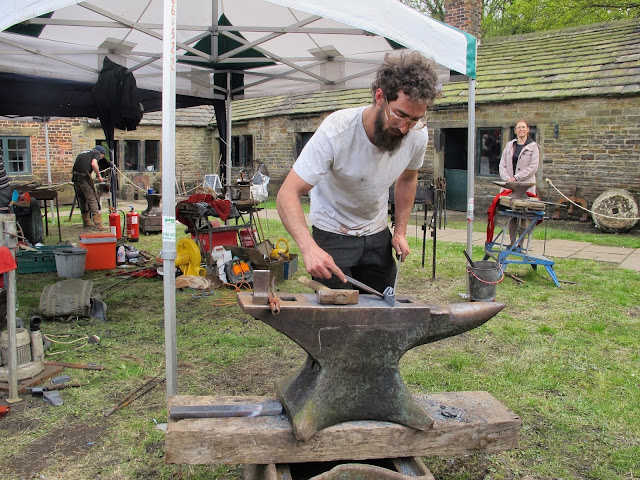 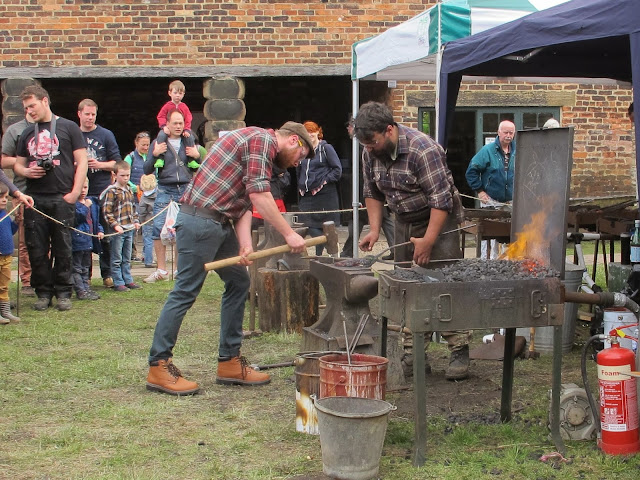 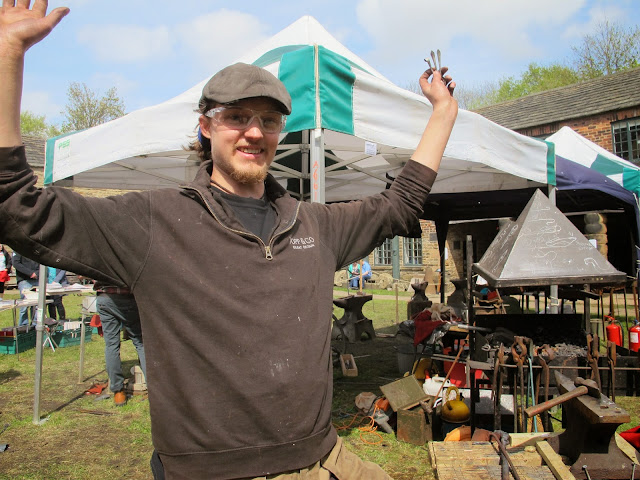 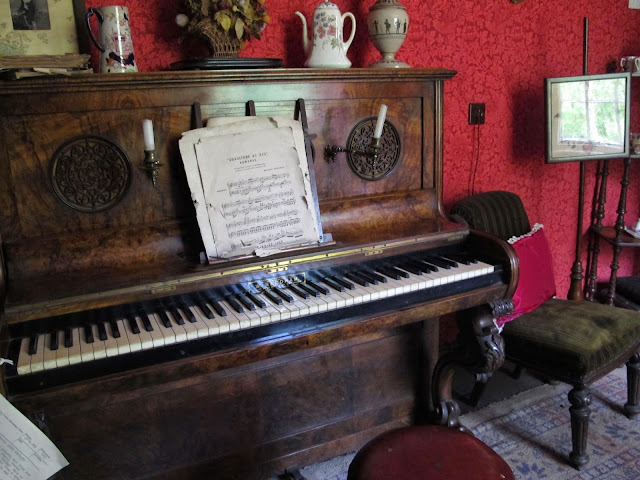 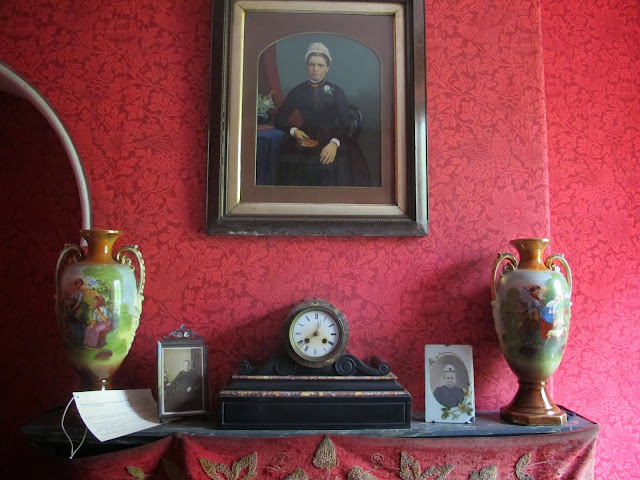 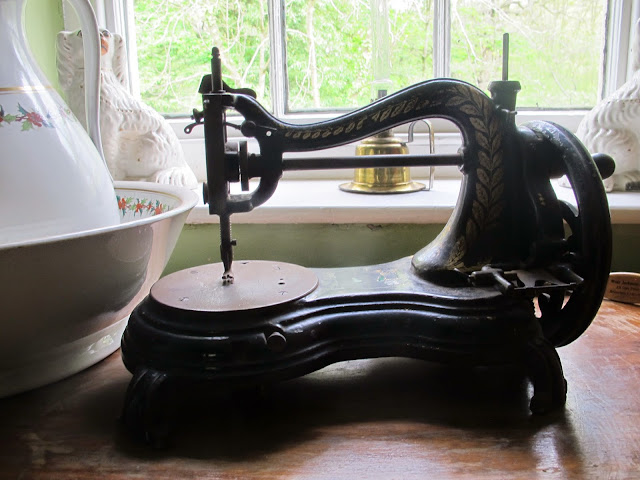 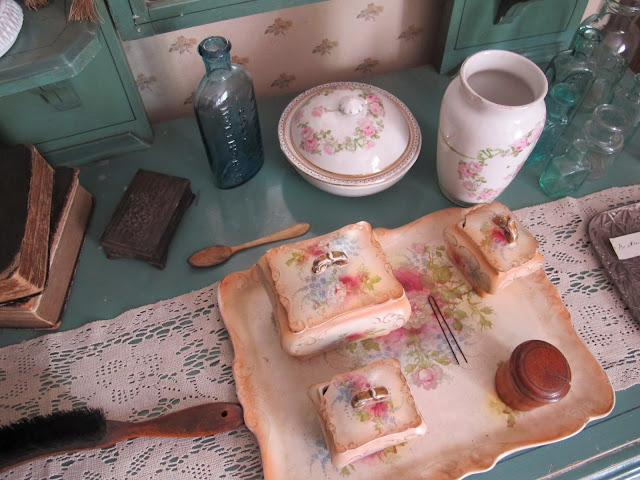 It was really interesting to look round the dwellings especially the Manager's House which had the lovely piano and William Morris wallpaper. As much as I love to see things like this from the past, I always find everything pre-House of Windsor era really creepy and I don't really know why. Everything just has a very stale, ghostliness to it.

They also had the water wheel up and running publicly which was amazing to see. ﻿
﻿ 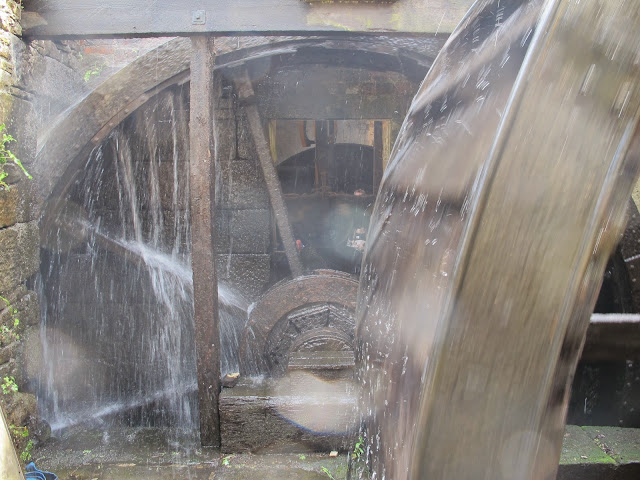 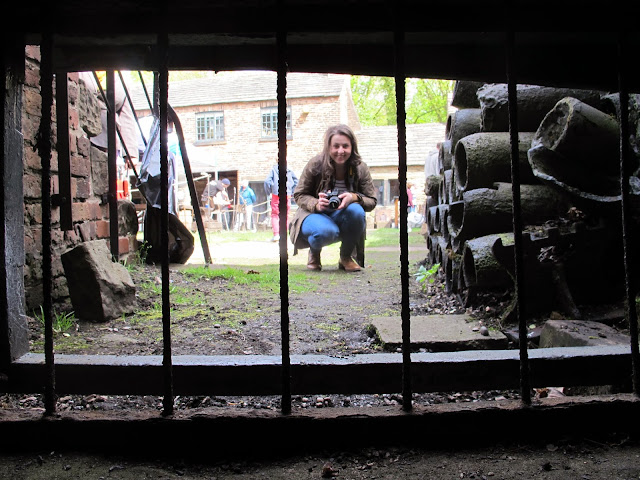 There was also a room with looms in for weaving and hand spinning wool into thread. It's amazing what intricate methods for creating things like rugs and lace were invented in such a time as that. I find it hard to imagine because it's just not the way my brain works. We live so surrounded by technology these days, for example I can't even get my cards made because I've convinced myself that I need Photoshop and Illustrator to do it and yet these people were creating so much in such a technologically barren time. It's crazy impressive! 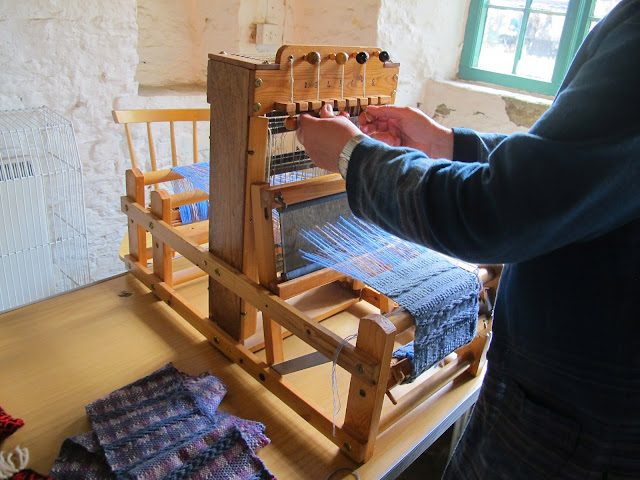 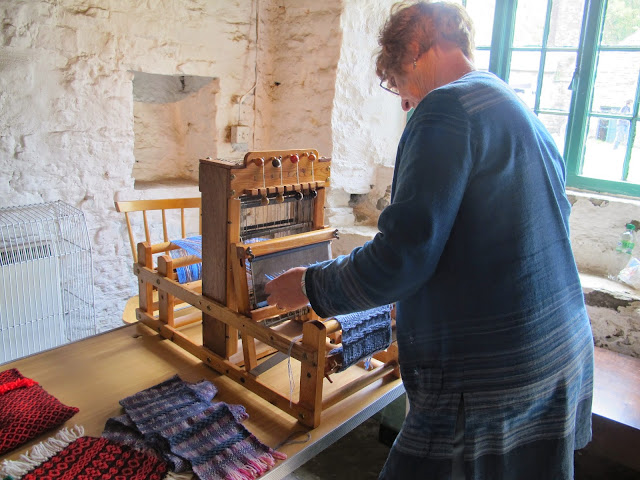 It was a thoroughly good day. I love spontaneous days out like this and I would recommend this one if you're into your history or just like quaint grittiness of yesteryear! 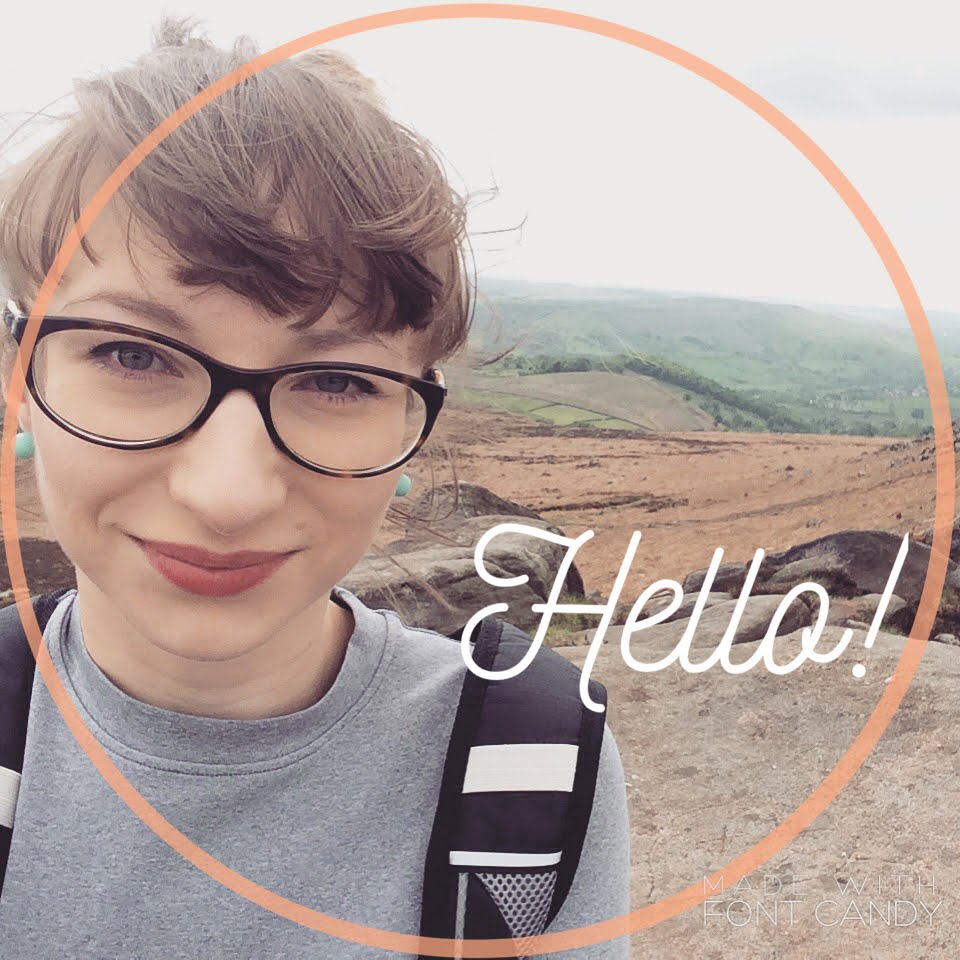 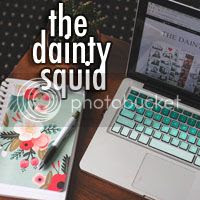 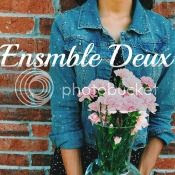 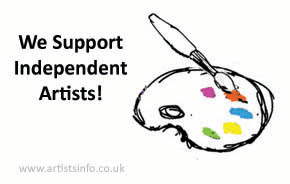